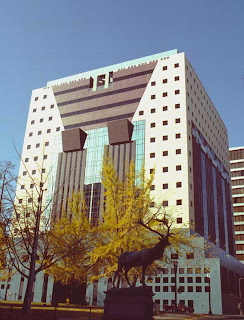 Long before Graves set the standard for the retail giant Target’s mantra for affordable great design, Michael Graves was making significant waves in the architecture and design industry.  First, as one of the New York Five and secondly, as a founding member of the ground-breaking (and controversial) Memphis Group, he helped establish the postmodern flair that erupted in the 1980s.  As discussed last week, it is no secret this has to be my least favorite of design movements.  Bertrand Pellegrin of the San Francisco Chronicle once called it “a shotgun wedding between Bauhaus and Fisher-Price.”  It continues to be so polarizing that Graves’ Portland Building was recently listed by a survey of architects as the #1 building that should be demolished.  Although I’m not in love with it I can think of a hundred other more offensive buildings that should be removed from the landscape before that one. 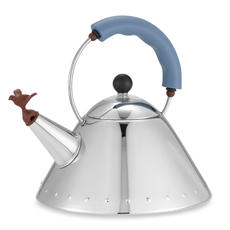 With this being said, I actually do like a lot of what Mr. Graves has offered to the world.  The teakettle he designed for Alessi is simple, sweet and straightforward.  It is even color-coded: red for hot and blue for cool.  The majority of his products are not only ingeniously ergonomic but they are universally designed as well so those with limited mobility and functionality can utilize them…and in style.  This must be personally important to Graves as in 2003, an infection left him paralyzed from the waist down.  In 2010 his firm was commissioned to design single family prototype homes that address the special needs of wounded soldiers.  These homes are bright, comfortable and most importantly effective.

I can’t think of a more appropriate or empathetic designer for this project. 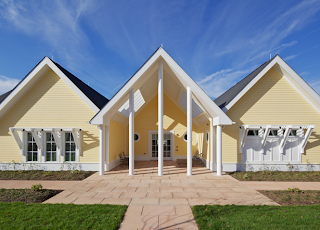 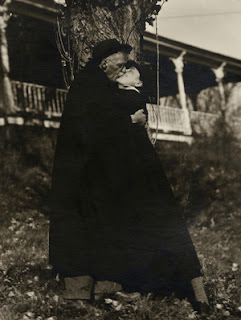 Alfred Stieglitz’s single-handed decades-long promotion of Georgia O’Keeffe’s work and significance might have appeared to be a philanderer’s attempt to legitimize his affair.  However, if he had not forced the public to take notice of her and brought to America for the first time such greats as Rodin, Matisse, Cezanne & Picasso in addition to being a brilliant artist himself, how dismal would the art scene would be.  For his own work, Stieglitz rallied to have the entire medium of photography recognized in the fine art market.  The common thought of the time was it was low-brow and circumstantial.  However, Stieglitz pressed on by being an active and influential member of several photography groups including the Photo-Secession and published the photography journal Camera Work. 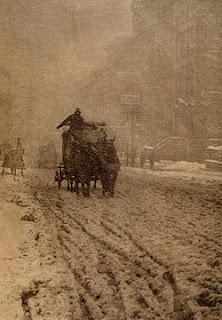 To answer antagonistic critics, he would leave the rough edges of his photographs to demonstrate he had in fact framed the image in the camera on scene and not cropped it later; he had composed the shot intentionally.  Stieglitz had several galleries over the years but it was what was to be known as “291” that was the most influential and the center of the avant-garde culture in the U.S.  It was in this gallery that he first showed O’Keeffe’s work without her knowledge or permission.  Subsequently, this was the catalyst of their eventual meeting and life-long love affair. 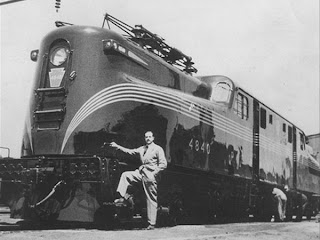 Yet another ground-breaker to his field, Raymond Loewy is considered to be the “Father of Industrial Design”.  His succinct understanding between design and economy was what dictated the development of American capitalistic culture following the end of WWII and what landed him on the cover of Time magazine.  He was quoted as stating the truism “between two products equal in price, function & quality, the better looking will outsell the other.”  For someone who was born a foreigner, he not only lived the American dream (leaving France with only $50 in his pocket) he shaped how the country looked.  First by creating the streamlined passenger locomotives for the Pennsylvania Railroad, and then by designing for and branding such American icons as Lucky Strike, Greyhound Bus, Shell Oil and Studebaker.  To continue this legacy and in his honor, his daughter established a foundation which continues to promote and encourage the further development of the discipline internationally.